This month’s Travel and Leisure caught on to the Nordic Noir trend with a piece that offers a guide to the sites associated with Stieg Larsson’s Millennium trilogy. Rather than the usual ponderings over why such as nice, clean, picturesque country like Sweden produces works of grisly crime fiction, the piece, written by Reggie Nadelson (who impressively manages to plug his own most recent book mid-way) digs into the geographical isolation of Stockholm’s new immigrants, as well as the geographical division of the classes and corresponding smouldering suspicion and resentment. One peeve, though: describing Sweden as a country of “frozen emotions” is just annoying.

I have always favored Henning Mankell over Stieg Larsson. With all his talk of “men who hate women,” Larsson tries just a little too hard to be a “good guy” for my tastes, and his hero Mikael Blomkvist’s irresistibility to women is frankly tiresome.

I never bothered with any of the Millennium related sites in Stockholm, but when I went to Ystad you bet I tracked down Mankell’s fictional inspector, Kurt Wallander.

— Special Wallander Cake (decorated in the colors of the Swedish police force) at Fridolfs Konditorei in Ystad. The cafe freqently appears in Mankell’s books as the place where Wallander get his usual herring sandwich. 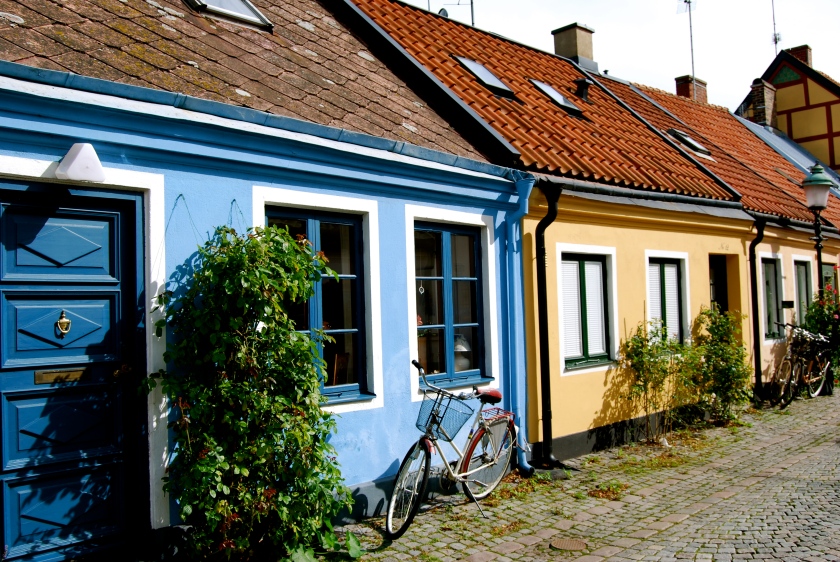 Cafes are ubiquitous in Ystad, as are various media detailing where you can retrace Wallander’s footsteps.