In 17th-century Finnmark a common practice for determining the guilt of an accused witch was to subject them to the “water ordeal.” With hands and feet tied, they would be thrown into the freezing Barents Sea to see whether they sank or floated. If they sank, they were innocent. Water was thought to repel evil, so the suspect’s rising to the surface and floating proved their guilt.

In 21st-century America, Senator Lindsey Graham regarded a woman who, protesting the Supreme Court nomination of a man accused of sexual assault, asked if Brett Kavanaugh should take a polygraph test. In response he sneered “why don’t we dunk him in water and see if he floats?”

The figure of the hunted witch was evoked often in 2018, the year I finally realized a long-held dream to make an art-pilgrimage to the Arctic island of Vardø, the extreme northeastern point of Norway, to see the Steilneset Memorial to the victims of the Finnmark witchcraft trials. Read about my trip in my essay for Hyperallergic. 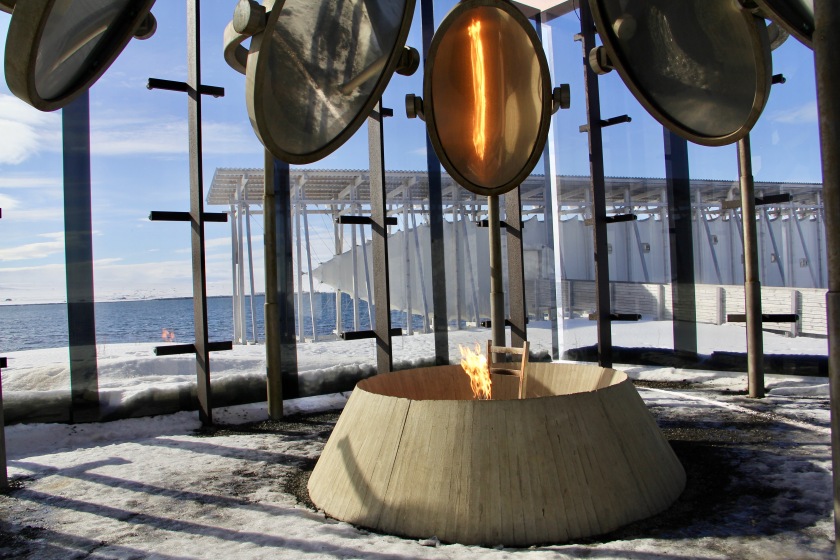 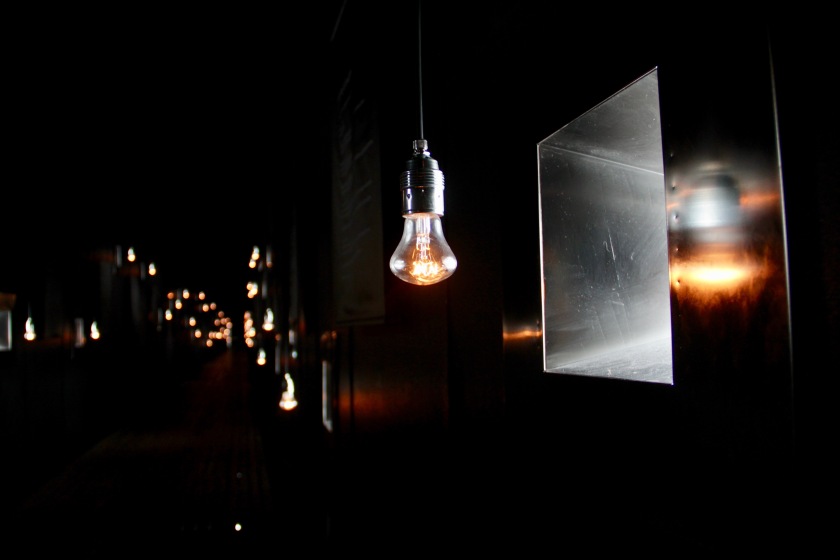 On Scotland’s northeast coast, Auchmithie sits atop a cliff —150 feet below, a dilapidated harbor belies the tiny village’s past life as a thriving fishing community. But a very specific type of smoked fish secures that legacy.

Auchmithie’s bay was once filled with boats and its stone cottages home to hundreds of fisherfolk. The women, known as “mucklebackit” (broad-backed) women, were renowned for their strength — carrying their men on their backs down to the boats so they’d begin their sea journey with dry feet. It was the women, too, who preserved the fish by smoking it in halved whisky barrels; a technique that would become known as the Arbroath Smokie.

Read the rest of my story about this smoking technique in the Spring issue of Saveur.

In 1979 a group of Sámi people, wearing traditional dress and calling to “let the river live,” staged a hunger strike outside of parliament in Oslo while others occupied the prime minister’s office. This was the dramatic climax of the People’s Action against the Áltá-Guovdageaidnu Waterway (1978-1982) in opposition to the construction of a dam across the Alta river in northern Norway.

This strategically visible uprising brought Sámi rights into the Norwegian political mainstream and helped lead to Norway’s signing of ILO Convention 169 and the creation of a Sámi Parliament.

Part of a three-year-long dialogue with Sámi artists and scholars, Let the River Flow ,a group show at Oslo’s Office of Contemporary Art, shows how artists were at the center of the action. The multigenerational show also explores the Alta action’s legacy today and the sentiment that the decolonizing process it initiated has stalled and that Sámi culture is in danger today, through such works as Máret Ánne Sara’s Pile o’ Sapmi Power Necklace, which is made from powdered reindeer bones referencing the Norwegian government-imposed reindeer slaughter in northern Norway, a policy Sámi herders is an infringement of indigenous rights.

Full review at Hyperallergic: Unpacking the Legacy of an Indigenous Uprising in Norway 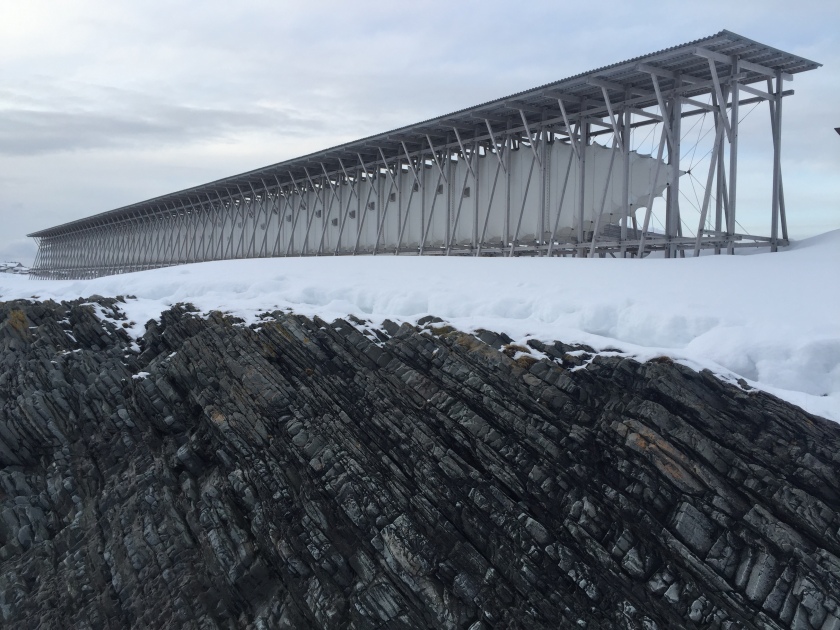 The art offerings of the Nordics are well established: from the capitals’ gleaming national galleries to the scrappier artist-run spaces in their less-polished neighborhoods. But travel away from the established centres and you may stumble upon some of the region’s most visually arresting art sites. In each of the following three art escapes, in Norway, Sweden and Denmark, a unique alchemy fuses the site with the place in which it sits, and together they yield something almost magical.

For volume nine of Oak – The Nordic Journal, I wrote about the Steilneset Memorial (above) in Norway, Artipelag in Sweden, and Cisternerne in Denmark.

The ancient Romans thought Foula was Ultima Thule, a place beyond the borders of the known world. Michael Powell used the island as a stand-in for St Kilda in his 1937 film The Edge of the World. All of which is to say that Foula feels pretty remote.

END_OF_DOCUMENT_TOKEN_TO_BE_REPLACED

The Lofoten International Art Festival is in the only part of Norway where drilling for oil is not currently permitted, but that could change.

My report from the 2017 Lofoten International Art Festival is at Hyperallergic.

North Ronaldsay, the most northerly of Scotland’s Orkney Islands, shares several properties in common with the country’s other remote northern isles. There’s the Neolithic-era standing stone, for example, and the lighthouse built by members of the famed Stevenson engineering clan. But look out to the shoreline and you’ll spot something altogether more particular to this island. Small sheep—wrapped in thick fleeces of brown, black, white, and gray—nimbly pick their way across sand and wet rocks. As waves break close behind them, they pass basking seals and munch on seaweed, thick pieces of brown kelp trailing from their mouths.

A primitive breed, part of the North European short-tailed sheep group, and smaller than most modern breeds, North Ronaldsay sheep have evolved in isolation since their arrival on the island, possibly as far back as the Iron Age. There are currently around 3,000 on North Ronaldsay, grazing all along the coastline and eating seaweed at low tide. Aside from the Galapagos marine iguana, they are thought to be the only land animals able to survive solely on seaweed. This is not just a quirk, but the result of necessary evolution.

Read the rest of my story about saving these seaweed-eating sheep at Atlas Obscura. 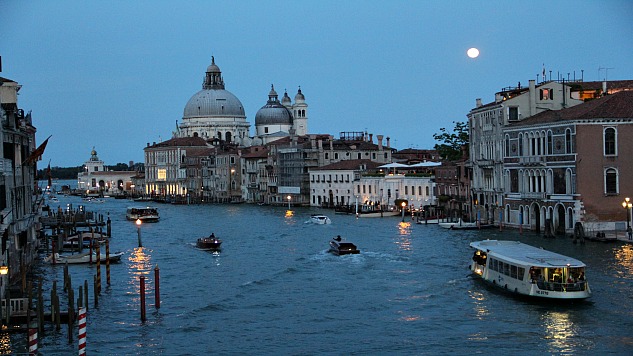 I spent a few days at the vernissage (preview) of the Venice art biennale where, far from the headlining major national pavilions, I found a collateral event that might have been the highlight of the three days. For Catalonia in Venice, the artist Antoni Abad worked with blind Venetians to bring visitors a sensory experience of a visually familiar city.

END_OF_DOCUMENT_TOKEN_TO_BE_REPLACED

Some 1.3 billion people lack regular access to electricity. With its reliable independent grid powered by wind, water and solar, a remote Scottish island could hold the key to a solution.

Read the rest of my story about the Isle of Eigg’s renewable energy system at BBC Future.

END_OF_DOCUMENT_TOKEN_TO_BE_REPLACED

My story on street art has just been published at National Geographic Travel: 7 Cities to See Powerful Street Art

Given a limit of seven places and the intent of geographical diversity, many deserving cities could not make the cut. So here are a few more favourites.