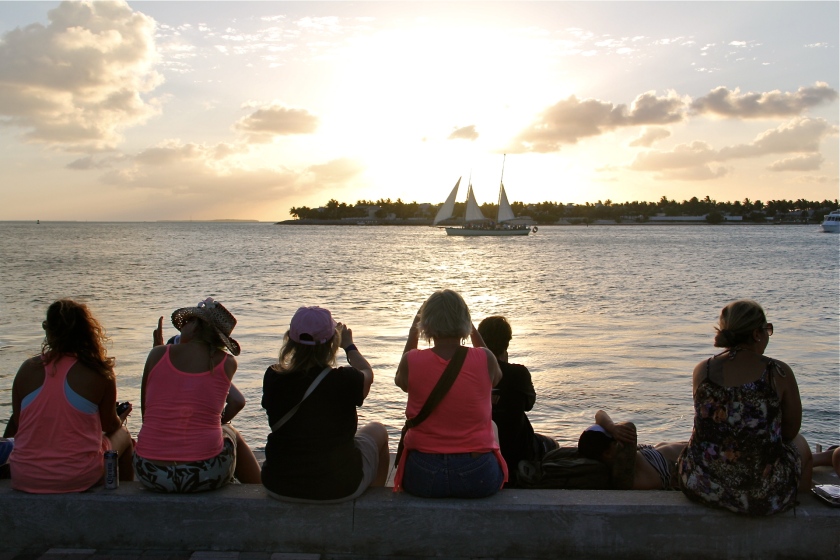 I’m sitting in what I’m told is a “locals’ bar” in the Middle Keys while a musician sings “Wouldn’t want to be president, that’s too much stress. I just wanna be on an island, maybe just off Key West.” Around me more than one smiling, sunkissed older man is wearing a t-shirt that says “Sell Your Stuff, Keep the Dog, Move to an Island.”

Talk to a local in the Florida Keys and you’ll likely hear a story that is some variation of quitting the rat race in whichever city they are from (the musician on stage had a corporate gig in Chicago that he quit — and then gave away all his suits so he’d feel like he couldn’t go back) and moving down to the Keys for a simpler and, it is taken as a given, happier life. It is a story that is sincere, in spite of its heavy use of cliches that speak of “living the dream” and “finding paradise.”

I can see the appeal — even though it doesn’t appeal to me. I have my own list of small-town escapes that I could happily run away to; none of them are in Florida. Still, there must be something there: everyone just seems so disarmingly happy.

Here is the low-down on last month’s trip to the Keys, where I met a local historian/ghost hunter; the manager of the world’s first turtle hospital, a “true conch” (Keys native), and the aforementioned local musician.