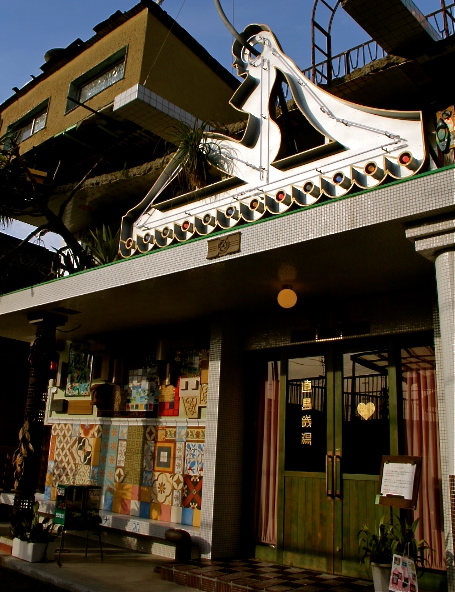 It was early when I set out for the Japanese island of Naoshima. So, when I boarded the morning ferry from the port town of Uno, I did not notice the sun, comparatively tardy, begin its ascent.

Tiny Naoshima, located in Japan’s Inland Sea, has, over the past two decades, reinvented itself from a struggling fishing community to a world-famous contemporary art site. The island is home to museums that are incredible works of architecture, such as the Tadao Ando-designed Chichu, which, lit only by natural light, blends harmoniously into its natural surroundings; abandoned houses and shrines that have been converted into art installations; public sculptures such as a giant yellow polkadot pumpkin by Yayoi Kusama; sandy beaches, and sunny weather.

I had sat on the sun deck on the ferry and watched as the surrounding islands and calm Inland Sea unfolded. Arriving on Naoshima, I hopped on a borrowed bicycle and started to make my way around the five-square-mile island.

I cycled from art installation to museum; through back alleys and through woods. High on art and creativity, it never once crossed my mind to cover my bare arms or to put a little cream on the backs of my hands that lay flat on the handlebars, as if in an offering to the sun gods.

In the early evening, after hours of cycling and several loops of the island, I came to my final destination: a public bathhouse called I Love Yu (a play on words: the name uses the character for hot water, which is pronounced “you.”) The bathhouse, or “sento,” is itself a work of art, maniacally filled with kitschy objects accumulated on artist Shinro Ohtake’s travels; such as an aircraft cockpit, tile murals, and an elephant statue culled from a Thai sex museum.

There, surrounded by colourful chaos, I stripped out of my clothes only to immediately hold up a towel to cover myself back up.

Having travelled extensively in Japan, and visited many bathhouses, I had long ago shaken any shyness at public nudity. That was not the problem. The problem was the fiery shade of my arms that burned so bright I thought I could hear them sizzle. My chest and shoulders were a ludicrous criss-cross pattern of reds and whites. I was embarrassed.

I shrugged off my little towel and began to wash. Making my way over to the steaming hot bath I thought to myself that, with my oddly placed red and white stripes, I blended into to the jumble of the bathhouse. I fit right in.

I carefully slid into the boiling water, but submerged my body only up to where the redness and prickling pain began.

The next morning I had never been happier to see rain.